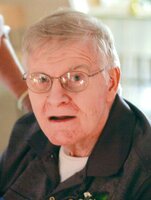 It is with heartfelt sorrow, the family of James “Jim” Edward Davis, husband of Carol (LeBlanc) Davis, announce his passing on Thursday, June 2, 2022, at the Saint John Regional Hospital.

Born on January 8, 1942, in Halifax, NS, he was the son of the late John and Elizabeth (Woods) Davis. Jim graduated from St. Malachy’s High School in Saint John, and St. Dunsten’s University in PEI with a degree of Bachelor of Science and a Bachelor of Commerce. Jim was employed with the Federal Government as a Certified Accountant, working in the Northwest Territories and Yellowknife, before moving his family back to Quispamsis. He was a founding member of CGA, Charter Member in Northwest Territories and was a designated honourary Chief. He enjoyed fishing, boating, darts, curling, and poker. Jim and Carol enjoyed their yearly trips to Las Vegas.

Besides his wife of 57 years, Jim is survived by his son Paul Davis (Debbie Rutherford) of Saint John, daughter Lori Davis (Clayton Robichaud) of Quispamsis, sister Fran Tully of Halifax, grandchildren; Sean, Cody, and Audrey Davis, daughter in law Janet Davis, as well as many nieces, nephews, and extended family. He will be missed by all who knew him.

Jim was predeceased by his brother Ronald Davis, and son Todd Davis.

The family wishes to thank Jim’s caretaker, Karen McGee, Extramural and the nurses at Palliative Care at the Saint John Regional Hospital.

In keeping with Jim’s wishes, there will no visitation or funeral service. A Graveside service will be held at St. Joseph’s Cemetery at a later date.  Arrangements are under the care of Kennebecasis Community Funeral Home, 152 Pettingill Road, Quispamsis (849-2119). For those who wish, remembrances may be made to the Multiple Sclerosis Society or to the Canadian Cancer Society.