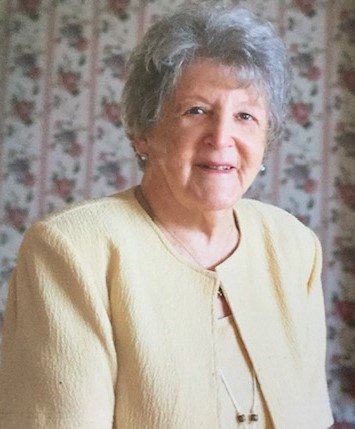 Being an exceptional mother and grandmother, she loved to cook, bake and entertain family and friends.  She was a devoted Catholic.

Arrangements have been entrusted to Brenan’s Funeral Home, 111 Paradise Row, Saint John (634-7424). A Mass of Christian Burial will be celebrated on Wednesday, June 15, 2022, at 10 am from the Virgin's Chapel in the Cathedral of the Immaculate Conception, with burial following in St. Joseph's Cemetery. For those who wish, donations can be made to Rocmaura Nursing Home Foundation or a charity of choice.

Edna’s family would especially like to thank Rocmaura staff for the loving care and attention given to her over the past 8 1/2 years.  We are forever grateful.

Share Your Memory of
Edna
Upload Your Memory View All Memories
Be the first to upload a memory!
Share A Memory