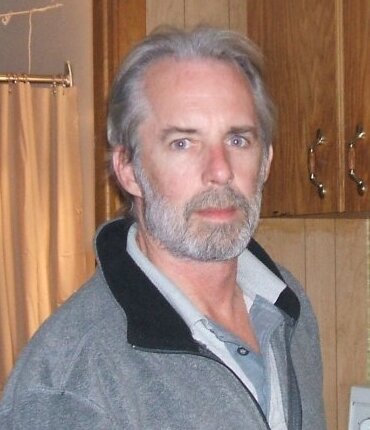 It is with great sadness that the family of Douglas “Barry” Forster announces his unexpected passing on April 5th 2022, which occurred at the Saint John Regional Hospital peacefully, and with his children at his bedside.

Born October 28th, 1956, in Winnipeg, Barry and his family moved to Saint John in 1965, where he spent the next eighteen years. In 1984 he graduated from the University of New Brunswick with a degree in electrical engineering, moving to Alberta where he worked for many years in the oil and gas industry; a career he was very proud of and reminisced on often. He returned to the maritimes in 2006, settling in Saint John in 2014, where he enjoyed a quiet retirement. He found enjoyment in his daily walks of the uptown area and, prior to the pandemic, in volunteering at the local food bank. Many of his Sundays were spent with his sister Janet and her children, enjoying family dinner.

Because of his love of technology, Barry became the family tech support; if you had a computer problem or were looking for an obscure download, you would call Barry. His love of good food also made him a great resource for family recipes, from turkey soup to scalloped potatoes. He was always happy to help with anything his family needed, and his kindness and good-natured spirit will be greatly missed.

Barry was incredibly proud of his two children, Kevin and Heather. He spoke of their achievements often, and loved keeping other family members updated on their life and sharing photos. He was also a very proud grandfather to Liam, Ryann, and Aiden.

Barry is survived by his children, Kevin (Sarah), Heather (John), and their mother Linda (née Osborn) all of Edmonton, along with his grand-children Aiden and Liam Forster, and Ryann Ilijoic. He is also survived by his sister Janet of Back Bay, his brother Daryl of Yarmouth, as well as several nieces and nephews, and his much-loved cat Pepper. He is predeceased by his father, Douglas Vanley Forster of Medicine Hat; his mother, Grace Elliott Forster (nee Shillington) of Saint John; and his brother Donald Forster of St. Stephen.

The family would like to extend heartfelt thanks to the staff of the Saint John Regional Hospital. The care given to Barry during his brief stay, and the compassion shown to his family will not be forgotten.

A private Christian burial will be held on Saturday, April 9th at Fernhill Cemetery. An informal visitation will be held on April 9th from 2 - 6 pm at 3027 Route 845 in Long Reach. Arrangements are under the care and direction of Brennan’s Funeral Home, 111 Paradise Row, Saint John, NB (634-7426). For those who wish, donations in Barry’s name can be made to the Saint John Regional Hospital Foundation.

Share Your Memory of
Douglas
Upload Your Memory View All Memories
Be the first to upload a memory!
Share A Memory