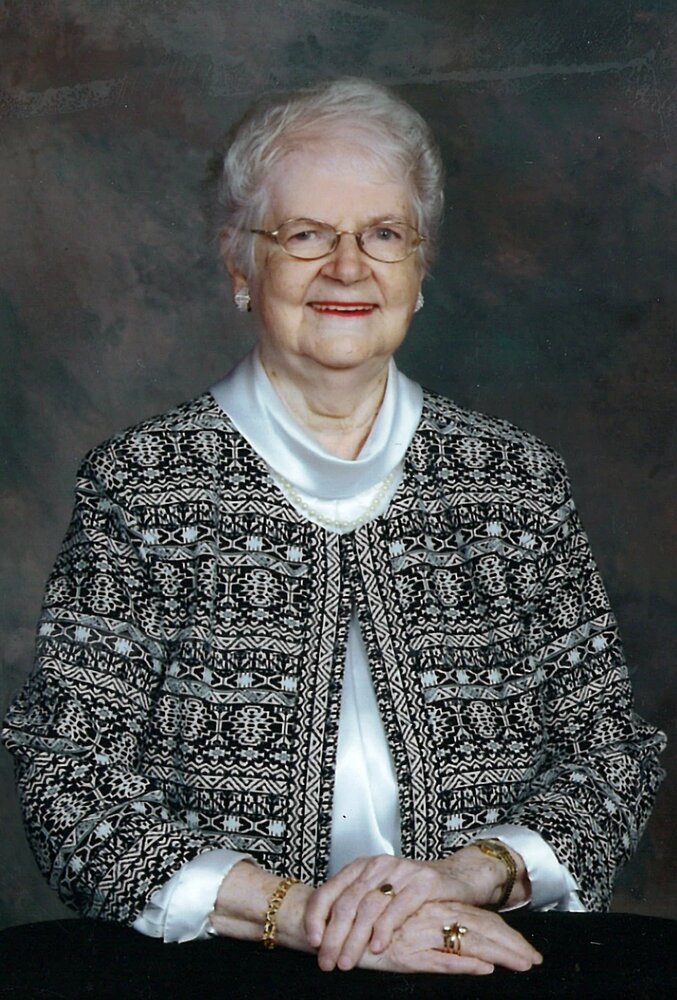 Get Directions
Saturday
7
May

Elizabeth G. Weatherhead "Beth" was born in Saint John, N.B. The daughter of the late Arthur T. and Josephine H. (Scott) Weatherhead. She is survived by her niece Gisèle (the late John "Jack" Weatherhead) her grandnephew John T. (Rachel) Weatherhead, and her great grandnieces Lexi and Morgan, and Madison and Allyson and their father John I. MacLean, all of Fredericton, N.B.

She was predeceased by her parents, her brother Lieut. John J. Weatherhead, killed in Italy during the Second World War, her nephew John "Jack" Weatherhead, and grand-niece Sandra (Weatherhead) MacLean.
A graduate of Saint John High School and Modern Business College, she was a secretary at the United States Consulate in Saint John for ten years. She retired from Scotiabank, Charlotte Street, after thirty-five years service.
She had been a former member of the Westfield Country Club, St. Andrews Curling Club, a charter member of the National Secretaries Association, a member of the International Order of Kings Daughters and Sons (Friendship Circle), Beta Sigma Phi Sorority, Portland United Church, Portland Choir, Jessie Langille UCW, and Portland Quilters.
Elizabeth's family would like to extend their deepest thanks to the staff and caregivers of the Saint John Regional and St. Joseph's Hospitals, as well as Howe Hall, Parkland Shannex.

Arrangements are under the care and direction of Brenan’s Funeral Home, 111 Paradise Row, Saint John, NB (634-7424). A visitation will be held in the Brenan’s Funeral Home Chapel on May 7, 2022 from 2:30PM -3:30PM with a Funeral Service to follow. A private interment will take place at Fernhill Cemetery. Memorial Donations may be made in Elizabeth’s name to a charity of the donor’s choice and online condolences can be placed at www.BrenansFH.com.

Share Your Memory of
Elizabeth
Upload Your Memory View All Memories
Be the first to upload a memory!
Share A Memory