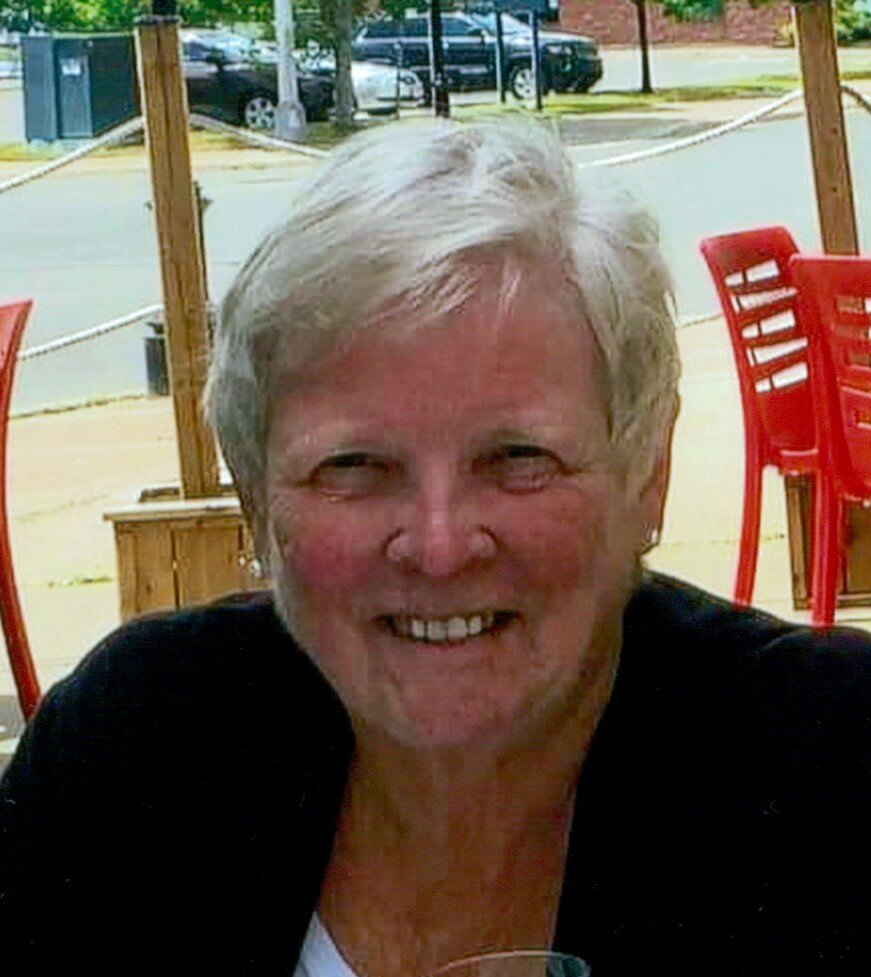 It is with heavy hearts, the family of Wendy L. Myles, wife of Gary Myles, announce her passing on Friday, May 6, 2022, at the Saint John Regional Hospital. Born on April 5, 1947, in Moncton, NB, she was a daughter of the late Ronald S. and Rosena E. (Lewis) Briggs. She was predeceased by her son, Ronald G. Myles.

She is survived by her husband of 55 years Gary; one daughter Kenda Myles of Rothesay, two sisters both of Moncton, NB; Cathy Jonah (Bob) and Joanne Plume (Tim) as well as her grandchildren Elizabeth, Emily, Benjamin, Sydney and her special great-grandchildren, Scarlett, and Clara.  Wendy is also survived by several cousins, nieces and nephews and special friends.

Wendy and Gary started dating in high school, and although dating with her little sister as a chaperone was always challenging, the soulmates still managed to marry and start a family together.  She went to nursing school, but Wendy quickly discovered she was destined to be a mother instead.  Although she had only two children, Elizabeth and Emily grew up as close to Grammy as if they were her own.  Her love for her four grandchildren (and two great-grandchildren) was unlimited.

In 1981, Wendy and Gary ventured on their own by starting their own small business which was a large source of pride for her. As a one-third member of the Twisted Sisters, they were as close as sisters could possibly be. Many weekends were spent together laughing, crafting, watching Coronation Street, and making many memories.  She also succeeded in developing deep, long-standing friendships with many wonderful people, both at home and on her and Gary’s many travel adventures.  Her favorite trips were across the Atlantic on the Queen Mary II and the trip touring the Baltic Sea on the Queen Elizabeth which was very special to both of them.  Many years were spent sitting with Gary on the shores of Passamaquoddy Bay and the Bay of Fundy where she enjoyed pausing and appreciating life.  Wendy also enjoyed painting, gardening, and spending time with Kenda. While her time with Ronnie was shortened, it didn’t take away the fact that he held a very special place in her heart.  Sadly, she never managed to eat her lobster and fresh homemade roll feast, but now Ronnie will be able to help her with that.  She was always there for anyone who needed her.  It didn’t matter what the problem was, Grammy could always fix it.  She was loved by so many special people.

A Memorial Reception will be held on Sunday, July 17th at 2pm at King’s Church, 332 Hampton Road, Quispamsis.  The family asks that you please wear masks, and bring along any stories you’d like to share. Arrangements under the care of Kennebecasis Funeral Home, 152 Pettingill Road, Quispamsis (506-849-2119) For those who wish, remembrances may be made to Royal Canadian Legion or War Amps Canada.

Share Your Memory of
Wendy
Upload Your Memory View All Memories
Be the first to upload a memory!
Share A Memory