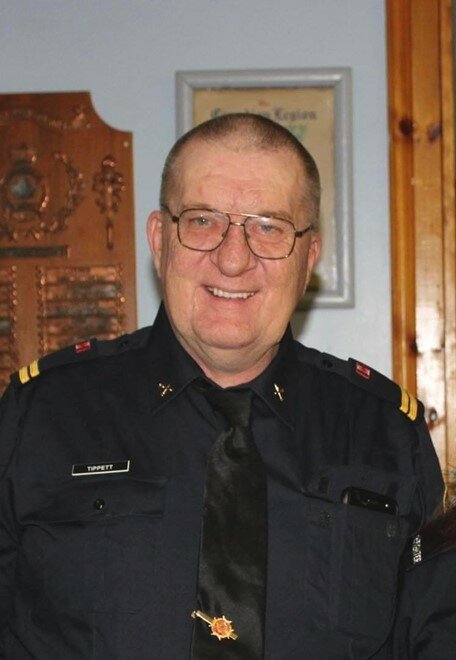 It is with heavy and broken hearts that the family of Timothy Daniel Tippett, husband of Allyson J. (McKeil) Tippett, announce his passing at Bobby’s Hospice on Wednesday June 22, 2022, after a period of failing health. Born in Saint John on January 20, 1961, Timothy was a son of the late Ralph and Nora (Taylor) Tippett. He is survived by his beloved wife; Allyson (McKeil) Tippett, two daughters; Robyn Maillet, and Catherine Maillet, of Oak Point, N.B. Tim was predeceased by his parents; Ralph and Nora, and his step – mother; Patricia, and brother; Tony Tippett.

For 36 years Tim was a dedicated and beloved bus driver with the Anglophone South School District, he cherished all those years watching “his” kids grow up and hated to retire this past year due to his illness. With 30 years served between the Martinon, Grand Bay and Greenwich fire department as a volunteer fire fighter he was more than just a part of the brotherhood, he was the backbone to our community. Although he had such a strong love for his neighbors and friends, there was nothing he loved more than his girls. Allyson, Robyn and Catherine were the loves of his life, and with them he felt complete.

Tim’s family would like to thank Extra Mural and Bobby’s Hospice for all their support.

Castle Funeral Home, 309 Lancaster Ave. Saint John, N.B. (634 1701) have been entrusted with the arrangements. As per Tim’s wishes, cremation will take place. A celebration of Tim’s life will be held at the River Road Hub on 32 Wallace Rd, Browns Flat, NB at a date later to be announced. Donations to the charity of the donor’s choice would be appreciated by the family. Online condolences can be made at www. Castlefh.ca

“What we have once enjoyed we can never lose. All that we love deeply becomes a part of us.” – Helen Keller

Share Your Memory of
Tim
Upload Your Memory View All Memories
Be the first to upload a memory!
Share A Memory