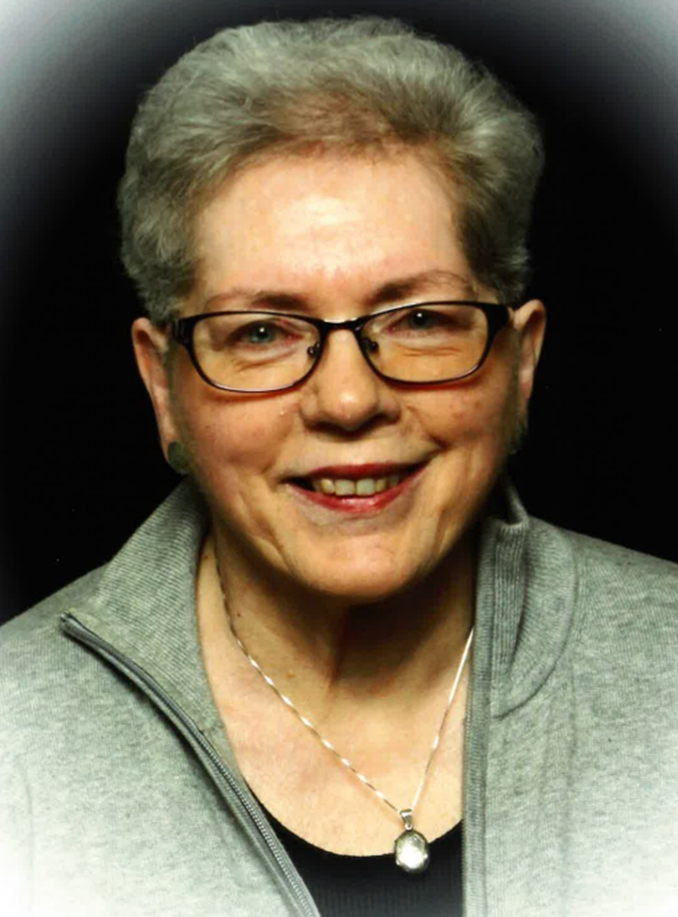 It is with great sadness that the family of Evelyn Ann Watters announces her passing on August 2, 2022, at the Church of St. John & St. Stephen Nursing home. Born in Saint John, N.B. on December 1, 1944, she was a daughter of the late Roy and Ann Elizabeth (Geldart) O’Keefe, and widow of the late Paul S. Watters (2014).

Evelyn was secretary and mailroom lady at Fairweather’s Insurance for many years. Later she worked for the Canadian Red Cross. Evelyn was a proud homemaker and an avid volunteer with the Stroke Club, Saint John Regional Hospital Foundation and the Royal Canadian Legion.

A visitation will be held on Tuesday, August 16, 2022, from 2 to 4 pm and 6 to 8 pm at Castle Funeral Home, 309 Lancaster Ave. Saint John, N.B. (634 1701). Mass of Christian Burial to be celebrated on Wednesday, August 17, 2022, at 12 noon at Holy Spirit Parish (St. Rose of Lima). Interment will be held at Holy Cross Cemetery. A reception will take place at 1:30 pm at the Royal Canadian Legion Branch #69, 714 Wilson Street. Donations to the SJRH Foundation or the Royal Canadian Legion Branch #69 would be appreciated by the family. Online condolences can be made at www. Castlefh.ca