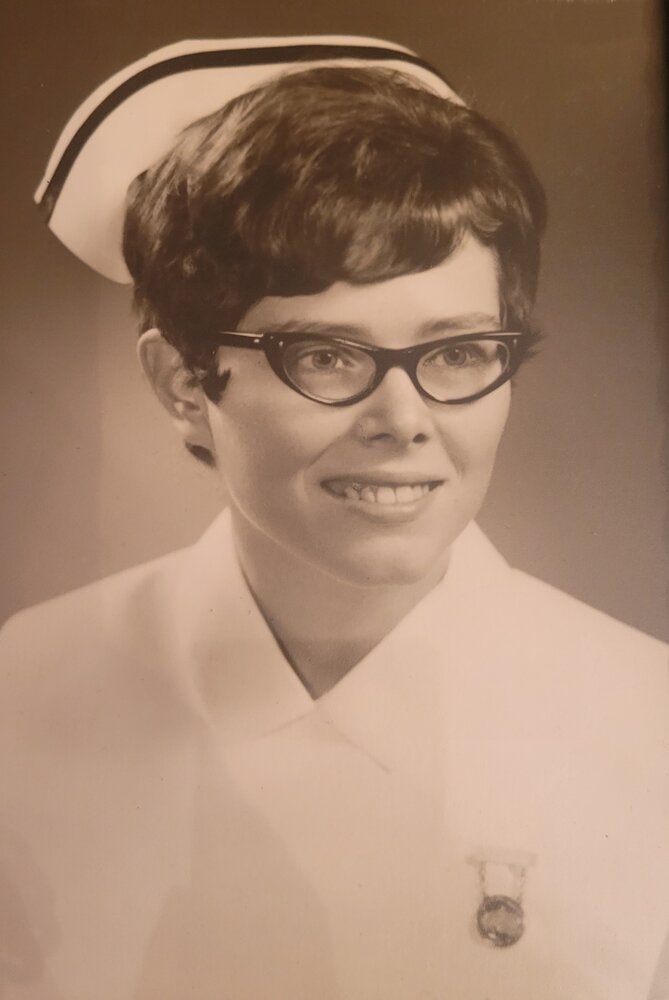 Doiron, Pamela Anne- It is with heavy hearts that the family of Pamela A. Doiron, wife of Ivan Doiron announces her passing which occurred on Sunday, October 9th, 2022, at the Saint John Regional Hospital. Pam was born on September 26, 1950, she was the daughter of the late Gordon and LaVera (Robertson) Morrell.

During her life, Pam worked as a Registered Nurse, graduating in 1971, whose passion was showing care and kindness to others. Ivan noticed this kindness and found his soulmate, leading to 50 years of marriage together. Raising her children was a great since of pride for Pam as she loved her family dearly. Pam will be remembered for her love of sports from a young age, she was an avid Blue Jays and Maple Leafs fan- when the game was on everyone knew not to call Pam! She was involved in youth bowling taking them on many trips and tournaments. She was an excellent bowler and would often win the game. She was also a very gifted in making crafts and her grandchildren recall spending time in her “magic room” where they would make crafts together. She had an incredibly close relationship with her only sister Bonnie and held a deep connection to her family.

Arrangements are under the care of Kennebecasis Community Funeral Home, 152 Pettingill Rd., Quispamsis, (849-2119). Visitation will take place on Sunday, October 16, 2022, from 2:00-4:00 PM and 6:00-8:00 PM. A funeral service will be held on Monday, October 17, 2022, at 10:00 AM at Kennebecasis Funeral Home Chapel. Donations made in memory of Pam may be given to the Canadian Cancer Society or the charity of the donor’s choice. Online condolences may be placed at: www.KennebecasisFH.com

Share Your Memory of
Pamela
Upload Your Memory View All Memories
Be the first to upload a memory!
Share A Memory