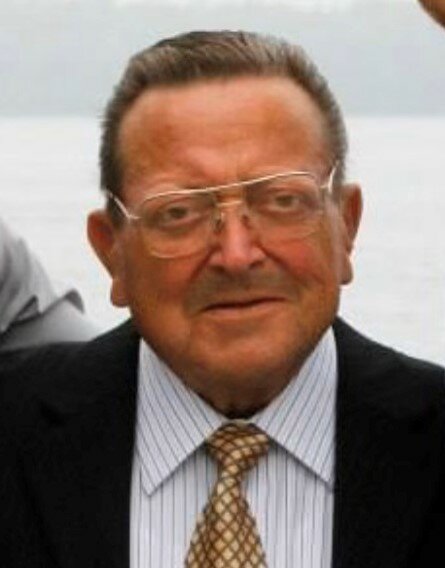 It is with heavy hearts that we announce the passing of our dear Silvestro Salamone, husband of Maria (Scichilone), which occurred on Tuesday, December 20, 2022, at the Saint John Regional Hospital surrounded by his family. Born on March 19, 1936, in Aragona, Sicily, he was the son of the late Calogero and Giuseppina (Giglia) Salamone.

Often described as compassionate and loyal, Silvestro was the sibling of 9 children and was the eldest boy within his large Sicilian family. Growing up in Aragona, Sicily, Silvestro understood the principles of hard work and supporting his family from a very young age. He worked in Aragona and Belgium for several years, where he found his passion for tailoring. Eventually, he met the love of his life, Maria in Sicily. They married on September 5 th, 1964, and had two children: Josie, and Jerry. In pursuit of a better future, he made the tough decision to move away from his family in Italy and moved to Canada with his wife and children in 1967 to allow for more opportunities. Soon after they settled, they had three more children: Joe, Mario, and Frank, and built a beautiful life together in Quispamsis. Although Silvestro would tell you it was his wife that was the rock that kept his family together, it was his beautiful heart of gold and selfless character that his children adored as they grew. He made sure their family had everything even if it meant he went without.

Aside from the adoration he had for his family, Silvestro also had a love for tailoring; A passion that grew into a lifelong career. He opened his first tailor shop, “Roma Fashion” in 1970 in the Loch Lomond mall. This popular, small business, eventually moved to the upscale shopping center, Brunswick Square in 1977 until he closed its doors in 2008. Silvestro was known to many in the community for his expertise, excellent work, and most importantly just his kind and caring personality. He would often invite people in to have lunch, or even give to those in need. To Silvestro, Roma Fashion Tailoring was not just a job… It was the place where friendships turned into family. Even though he retired at the age of 73, he would still take on clients even in the comfort of his own home. To anyone that knew him, they will remember him as a kind, smart, soft spoken gentleman that could carry a conversation with anyone.

La famiglia è tutto - Family was everything to Silvestro. He was a loving and devoted husband to his wife Maria and a father whom his children would say was undeniably the best. He loved his grandchildren dearly, and they loved to spend time with their Nonno listening to his life stories, wisdom, and funny jokes. If he could, he would’ve kept his children with him forever. He even converted his garage into a living environment in the home for his kids to live at home longer and was able to convince his grandson too!

Silvestro took pleasure in just the simple things in life. He looked forward to visits with his family, even if it meant sitting there for hours sharing his life experiences or sitting around the table playing Italian card games. He enjoyed embracing the taste of a good cannoli or watching his favourite hockey team, The Toronto Maple Leafs. He loved having his family over to watch the soccer games and travelling to Italy to visit with his family or to Montreal to get a good bargain on cheese and grapes to make his special homemade wine. He was clever at best, with a great sense of humor. His kids will always remember him as a true gentleman… Tireless, hard-working, gentle and witty. And he brought his Italian etiquette everywhere he went. His love sure was contagious.

He was the world’s best husband, father, Nonno, an amazing son, brother, uncle, cousin, and friend. He will be missed dearly, and all will carry a piece of him wherever they go.

Silvestro will be lovingly remembered by his devoted wife, Maria; daughter Josie (Andrew) Macaulay; sons Jerry, Joe (Marcia), Mario (Stacey), Frank; grandchildren Alexander (Samantha) Macaulay, Silvio (Ashley) Macaulay, Jared, Nicolas, Sylvio, Caleb, Anna-Maria, Nathan, Jake; several loving in-laws, nieces, nephews, and cousins. He is also survived and will be missed by his two sisters Beatrice Cacciatore and Giovanna Salamone of Aragona, Sicily; and two brothers, Alessandro of Aragona, Sicily, and Vincenzo of Belgium, as well as several other family members and friends both in Canada and Italy. He is predeceased by his parents; three sisters, Caterina, Rosa and Maria; and one brother Francesco.

Silvestro’s family would like to thank all the dedicated care team that helped take care of Silvestro over the years. A special thank you to his cardiac nurse Jane Aucoin, and Natalia, Tyanna and the team from Home Integrity.

Arrangements are under the care of Kennebecasis Funeral Home, 152 Pettingill Rd. Quispamsis (849- 2119). In keeping with Silvestro’s wishes, a private family visitation will take place. A private Mass of Christian Burial will be celebrated from Our Lady of Perpetual Help Church, Gondola Point, on Friday, December 30, 2022, at 11:00 AM, with interment to follow at a later date. For those who wish, flowers, or donations made to the New Brunswick Heart and Stroke Foundation would be appreciated by the family.

Share Your Memory of
Silvestro
Upload Your Memory View All Memories
Be the first to upload a memory!
Share A Memory