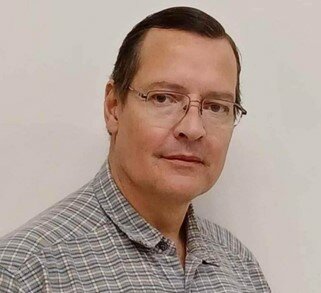 Richard "Rich" died suddenly on January 4th, 2023, in Saint John, NB at the age of 56. He was the second youngest of six children of Rev. Canon Donald Trivett and Gloria (Teed) Trivett.

Richard had a great sense of humour and was always ready with a bad pun. He had a keen eye for photography.  He loved his cats, and live music, and he had a great singing voice.  He loved to explore the world around him to create meaningful experiences. In his youth, he twice biked long distance from Halifax to Prince Edward Island and throughout the Annapolis Valley. He enjoyed the outdoors where he hunted, fished, sailed, camped, and canoed. One of his favourite places was Clifton Royal where he spent all his childhood summers. He always enjoyed family gatherings and taking part the family traditions he grew up with. Friends remember him fondly for his kindness to others.

He will be greatly missed by his family and friends.

Cremation has taken place under the direction of Brenan's Funeral Home, 111 Paradise Row, Saint John, NB (634-7424). There will be no visitation. The interment will be in Clifton Royal, NB, at a later date.

Donations in memory may be made to Bobby’s Hospice, 385 Dufferin Row, Saint John, NB E2M 2J9, or the food bank of your choice.

Share Your Memory of
Richard
Upload Your Memory View All Memories
Be the first to upload a memory!
Share A Memory