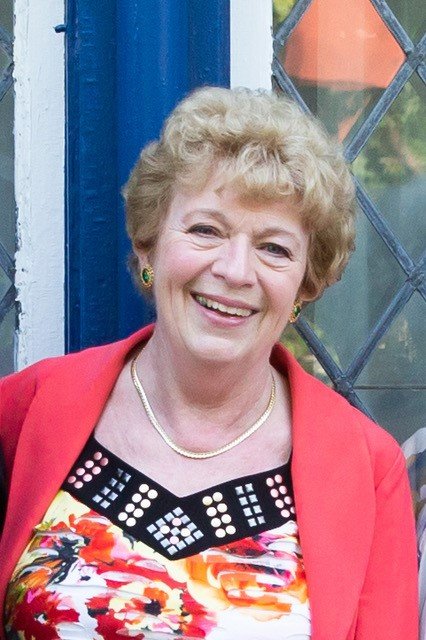 It is with great sadness that the family of Lorraine Shannon announces her passing on Easter Monday, April 13, 2020, at the Saint John Regional Hospital. Born on June 6, 1947 in Saint John, she was a daughter of the late Hugh Peter and Margaret Mary (Emery) Whalen and step-daughter of Josephine Julia (Riley) Whalen.

Lorraine graduated from St. Vincent’s High School (1965), and the University of New Brunswick (B.A. Double Honours in Political Science and Sociology, 1969). On graduation, she moved to Halifax, NS and began working at the CIBC as an acting assistant manager in the Dartmouth branch. She then joined the Atlantic Regional Office for training as a Credit Officer. Lorraine was married to Vincent Thomas Wakim Shannon (deceased May 2016) in August of 1971 and was the sole supporter of the couple until her husband graduated from Dalhousie’s dental school in 1972 and they returned to Saint John.

In 1973, Lorraine became CIBC's first female Branch Manager at the then new Prince Edward Square Branch where she remained until 1976. This branch also ended up being one of the few all female branches in Canada. In 1978, Lorraine moved to Boston for two years while her husband attended Tufts Periodontal program. After Vince’s graduation, the family moved to Dartmouth in 1980. Finally, in 1982, the family made one last move. Vince established a periodontal practice in Saint John and Lorraine became the Office Manager, applying her banking skills and managing his books until he retired in 2013.

Throughout, Lorraine made lifelong friendships that she deeply cherished and she was always there for those who needed her. Lorraine was meticulous and detail-oriented, known for her lists and literary wit. From crafting her own writing to editing the work of others, she was a communicator at heart who enjoyed participating in efforts to support the Saint John Community. She was also a life-long member of the Cathedral of the Immaculate Conception Parish of Saint John and held her faith as a source of strength in difficult times.

Despite the recent health obstacles she faced, she kept her good humour and quick wit as well as a sincere appreciation for the friends that supported her. Lorraine valued her lifelong bond with her husband Vincent and was dedicated to her family. Her children are happy that they are once again reunited.

Arrangements are under the care and direction of Brenan’s Funeral Home, 111 Paradise Row, Saint John (634-7424). At the time of Lorraine’s passing, a proper farewell was not possible given the health situation. Her family would like to invite loved ones and friends to celebrate Lorraine in a manner befitting the life she lived. A mass for Christian Burial will be held on Saturday, July 23, 2022, at 11:00 am, at the Cathedral of the Immaculate Conception, Saint John, New Brunswick. For those who wish, remembrances may be made to the Cathedral Restoration Fund, the Saint John SPCA, or a charity of one’s choice.

Share Your Memory of
Lorraine
Upload Your Memory View All Memories
Be the first to upload a memory!
Share A Memory