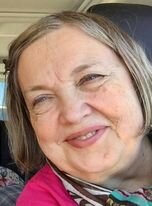 Of Estonian heritage, Tiina is survived by her half-brothers Jaan and Juiri, as well as their families, in Estonia.

Tiina loved music, became proficient in piano, and won many NB Student competitions. She earned a Bachelor of Music, majoring in Music Education at the Eastman School of Music in Rochester, New York. Tiina taught music in Nova Scotia for a time.

When health issues intervened, Tiina found a new passion in the study of speech and earned a Master's Degree in Speech Pathology at the University of Michigan. As a speech pathologist at the Saint John Regional Hospital, she was respected by colleagues and patients for her keen diagnostic ability and compassion. At the time of her retirement, due to health issues, Tiina was head of the Speech Pathology Department.

As a music lover, Tiina was an avid supporter of the Imperial Theatre in Saint John, attended operas and concerts at the Metropolitan Opera, the Musikverein, and Carnegie Hall.

After her retirement, she found joy in creating delicate and complex origami models, and beaded jewelry treasured by many of her friends. Tiina was active in canine obedience and delighted in Miku, her beloved spunky Cairn Terrier, who provided companionship – and amusement.

Although Tiina struggled with Rheumatoid Arthritis, she met each challenge with dignity and determination. She will be remembered for her strength of character, enthusiasm for life, and the ability to find pleasure in the little things.

Cremation has taken place. A Memorial Service will be held at Brenan’s Funeral Home (634-7424), 111 Paradise Row, Saint John, on Tuesday, April 5th, 2022, at 1pm, with Visitation a half-hour prior. Rev. Tom Graham and Rev. Pat Craig, dear friends, will serve as Celebrants. Interment to follow alongside her parents in Fernhill Cemetery, Saint John. For those unable to gather in person, the Memorial Service will be live-streamed, and may be viewed on the Funeral Home website.

Donations in Tiina’s memory may be made to the New Brunswick Symphony Orchestra or a charity of your choice. Online condolences and memories may be shared at www.BrenansFH.com.

A special thank you to Jann, Kate, the staff of Brenan’s Funeral Home, the Patient Representative of Horizon Health, as well as the many others who have assisted at this trying time.

Share Your Memory of
Tiina
Upload Your Memory View All Memories
Be the first to upload a memory!
Share A Memory