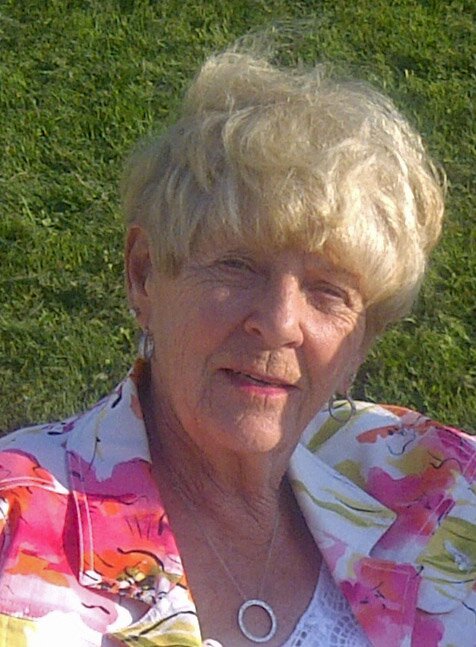 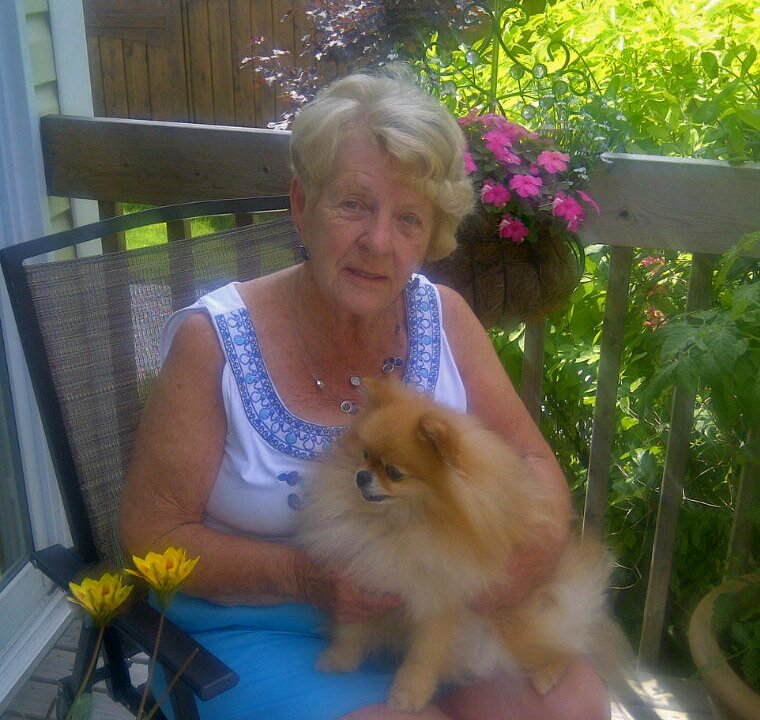 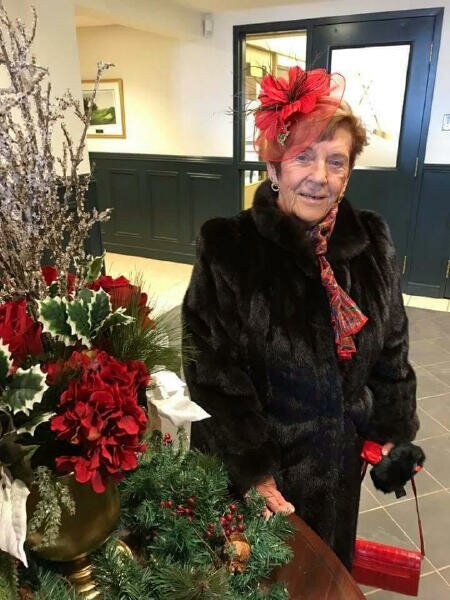 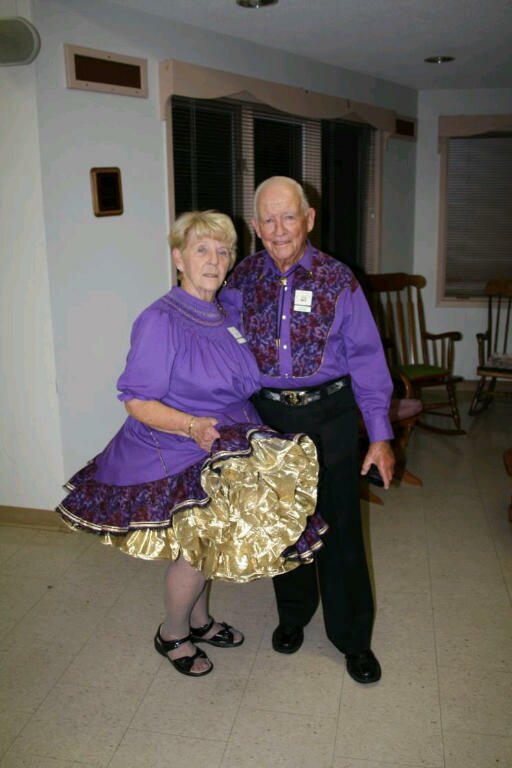 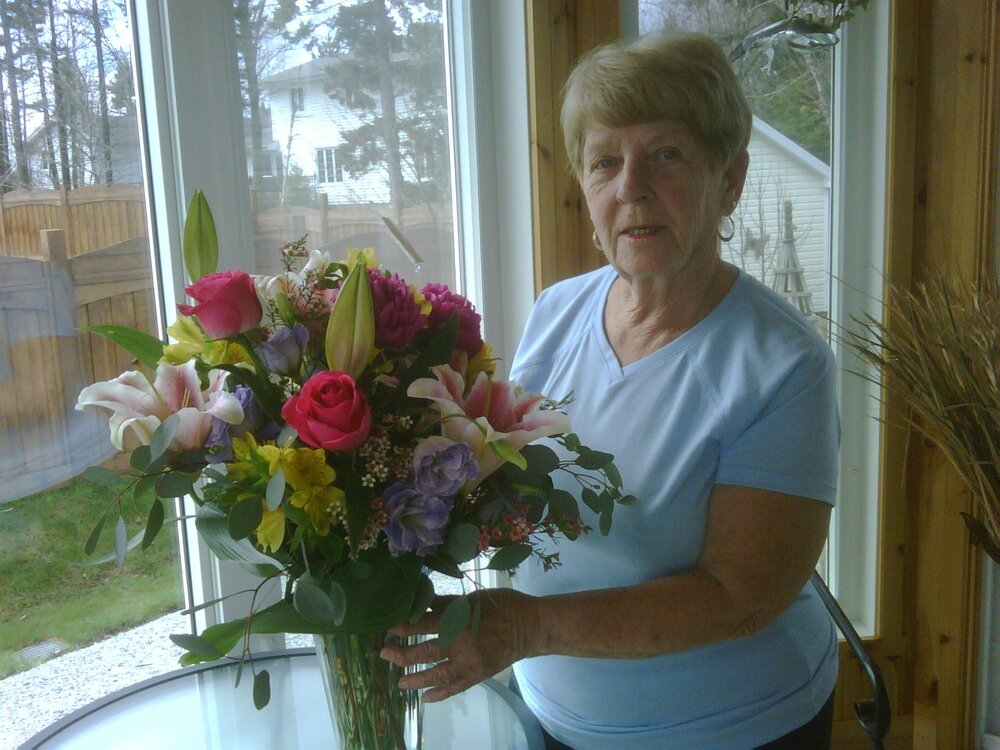 + 3
Mary Lou was like a second mother to me, we spent so much time together over the years. She desperately wanted children and suffered a total of five miscarriages but was never blessed with a child. As a small child I used to visit often to her home in Forest Hills, east Saint John. I can remember in the 70s when ceramics was all the rage she purchased her own kiln and together we spent hours painting our treasures. She was the baby of the family with her sister Rita being the oldest, then my father Tom, then Doug and lastly Mary Lou. She never knew her father as he died in a car accident on Main Street Saint John when she was only 6 months old. As a young women she married Sheldon (Dutchy) Barkhouse who was head of the first computer division on NBTEL. Known for her great Christmas decorating, she won the prize every year for the best Christmas lights in the city. When Dutchy was only in his mid-forties he was putting up these lights and fell off the ladder breaking his back and leaving him paralyzed from the waist down. He used a wheelchair for the rest of his life in an era when public places were not wheelchair friendly. Mary Lou looked after him with loving care until his death at 58 years old. It was during this era that they decided to build a wheelchair friendly home on a large track of land at Coles Island on the Washademoak Lake where they formerly had a historic summer cottage. What great memories of visiting Mary Lou in Codys where my grandmother lived with her as well. We were always met with her warm smile and of course you had to have a lunch of her homemade cooking before you left and were sent off with fresh vegetables from Dutchys huge garden. She always had an interesting project going and was a beautiful seamstress able to make any type of clothing, even making her own patterns! Due to Dutchy's condition she always stayed home looking after him and my grandmother. In those days even a visit to a restaurant was impossible as there were very few wheelchair ramps. After his passing she met her current husband Clinton Northrup, also from Codys and her life totally changed. Clinton loved to dance (as did she) and they had a fantastic time together with friends at local dances, kitchen parties, church suppers but the most fun was square dancing! They went every week and Mary Lou made a square dance outfit for the two of them for every occasion from St Patrick's Day to the Strawberry Festival. Whatever was going on she and Clinton were there and ready to go. At first they bought a motor home and travelled south in the winter across the states but not long after they purchased a home in Auburndale Florida and enjoy twenty one winters south away from the snow. Mary Lou had a lot of friends here and a lot in Florida. She was very outgoing, friendly, smiling and quick to talk to strangers everywhere she went. Her summers were spent at her home in Quispamsis and the fun didn't stop as they lived their active life together. She was so good to me and so thoughtful. When I'd have long days at work and would drag myself home exhausted I'd arrive to find she'd dropped off her homemade Shepherd's Pie and apple crisp so that I wouldn't have to make supper. Anything she could do to help people she did from inviting a recent widower to supper so he wouldn't be alone or dropping off a gift to someone going through a hard time. She was always thinking of others. Her day started at 6 am and ended at 11pm. At 84 I didn't know many 50 year olds that could keep up with her. She kept her own home and it was meticulous!!! She absolutely loved dogs especially the toy Pomeranians. She owned many over her lifetime starting with Beaver, Candy, Lucas, Myra and Viola. They were her babies and she treasured them. There are so many great memories of trips with her to Disney World, Bal Harbour FL, Boston and Hilton Head Island. She'd come and stay with Doug and I and was up for anything rather it was on a roller coaster in the Magic Kingdom, watching Boston Ballet's Nutcracker or a swim in the ocean in Bal Harbour. If there is one line that sums up my aunt Mary Lou Northrup it is that she dearly loved life and lived everyday to the fullest! She passed at home in her sleep, may she rest in peace, she will be missed so much.
Please wait
Share Comment
B
Brittany totten Posted Mar 4, 2022 at 10:39 AM
That’s beautiful Katherine. She loved you so much. I will miss her. She always made me laugh. Xoxox
Report
D
Donna Maillet Posted Mar 5, 2022 at 10:18 PM
Beautiful write up of Mary Lou, Katherine. She was a special lady and we will miss her. She loved you and often spoke fondly of you.
Report
R
Royce Brown posted a condolence
My deepest sympathy to the family.We were friends from high school .Iwas her bridesmaid and she was my matron of honor a year apart,She was always a breath of fresh air,
Please wait
Share Comment
L
Lori l Burnside posted a condolence
So sorry to read of Mary Lou's passing, she was a wonderful lady and a great friend to my late mom Heather DeGrace...thoughts and prayers to you all.
Please wait
Share Comment
9
The family of Mary Louise Northrup (Wiggins) uploaded a photo

Share Your Memory of
Mary
Upload Your Memory View All Memories
Be the first to upload a memory!
Share A Memory