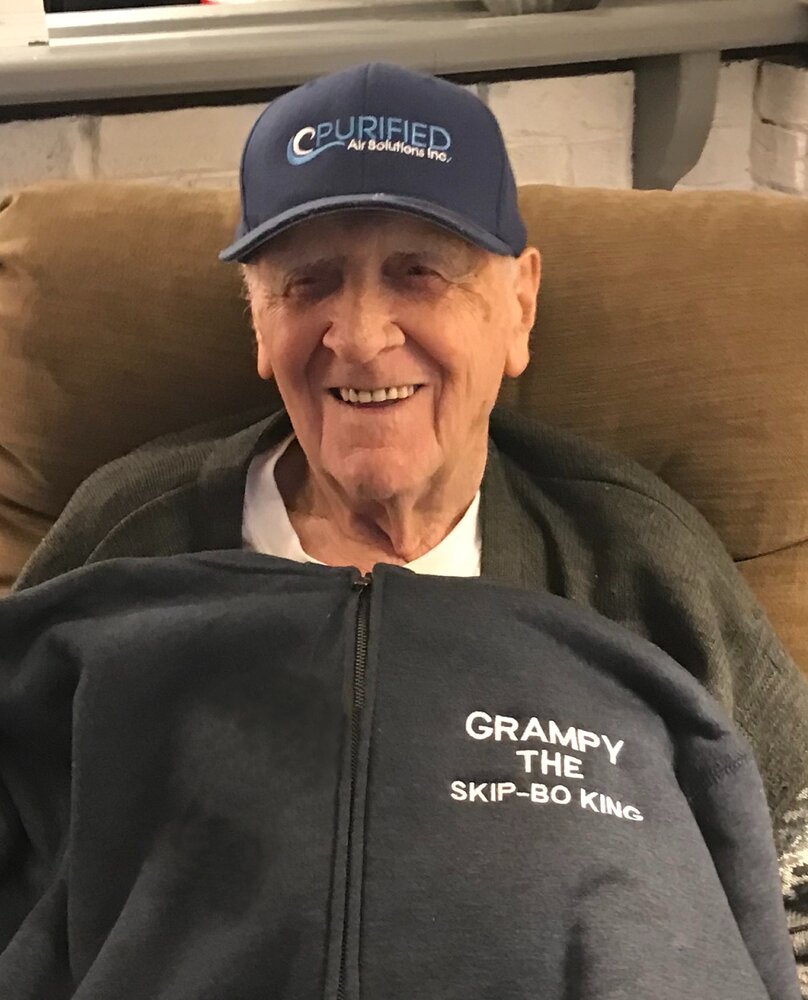 After a lengthy illness it is with great sadness but appreciation for a life well lived that the family of Frank C. Bawn, husband of the late Ruth (Burley) Bawn, announces his peaceful passing at home on March 29th, 2022, surrounded by his loving family.  Born in Saint John on October 8th, 1928, he was the son of the late William and Mary Ann (Rodday) Bawn.

After retiring from Commercial Equipment, you could usually find Frank at the place he loved most, his summer camp.  This was a very special place for Frank and Ruth, where they made many memories with their children, grandchildren, family and friends.  He was a lifelong member of the Knights of Phythias and made many friends for life there.  In his younger years, Frank spent a lot of time in Mispec where he played baseball with his brother Earl and when you didn’t find him there you could always find him behind a home plate on a field umpiring which he enjoyed.  He was known as the “skip-Bo” king because of his love for the game, and of course he loved to win.

Arrangements are under the care and direction of Brenan’s Funeral Home, 111 Paradise Row, Saint John, NB (634-7424).  To honour Frank’s wishes, there will be no visitation or service.  A celebration of life will be held at a later date.  Donations in Frank’s memory can be made to the Canadian Cancer Society (charity of the donor’s choice) and online condolences can be placed at www.BrenansFH.com.

Share Your Memory of
Frank
Upload Your Memory View All Memories
Be the first to upload a memory!
Share A Memory