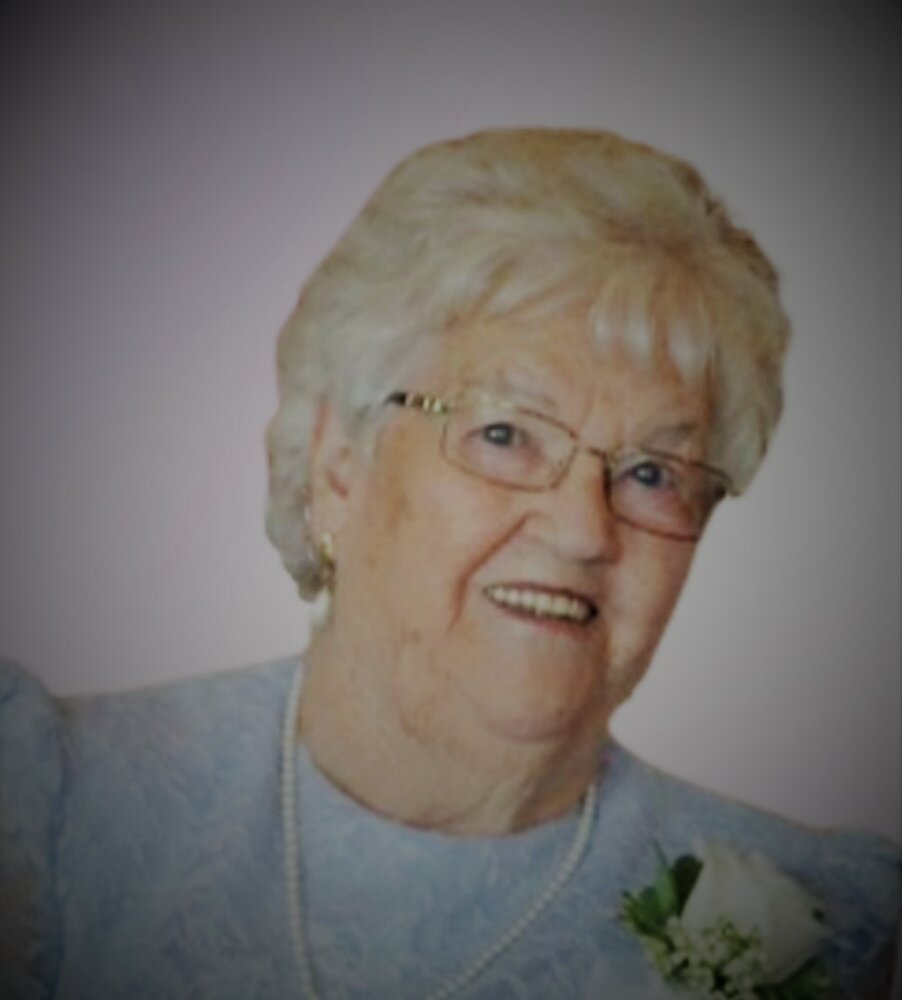 The death of Evelyn Ann (nee Esson) Hogan occurred on Monday, April 18th, 2022, at the Saint John Regional Hospital. Evelyn was the daughter of the late Peter and Theresa (nee Ivory) Esson. She was born in Barnaby River, New Brunswick on October 19th, 1924.

Evelyn was a devout Roman Catholic and a dedicated educator. Her first teaching assignment was a one room schoolhouse in Renous, New Brunswick. Later, she became the first principal of Grandview Ave. Elementary School and completed her forty-seven-year career teaching grade two at St. Joseph’s School.

Evelyn’s door was always open to family and friends or anyone in need of a place to stay. In the last eight years of her life, as a resident of Hatfield Point, New Brunswick, she not only enjoyed the view of Belle Isle Bay but also the farm animals that would gather outside her patio door. Evelyn also had fun being chauffeured around by her son Eldon in their golf cart. She taught by example, loved unconditionally, inspired many and will be truly missed.

Evelyn’s family would like to extend a sincere thank you to Dr. Niazi, Dr. Chow, the staff of 5CN and the Palliative Care Unit at the Saint John Regional Hospital as well as the Sussex Extra-Mural Nurses for their dedication and compassion.

In lieu of flowers memorial donations may be made to the New Brunswick Extra Mural Program - Sussex. Online condolences and memories may be shared at www.BrenansFH.com.