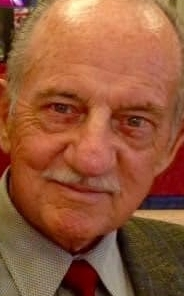 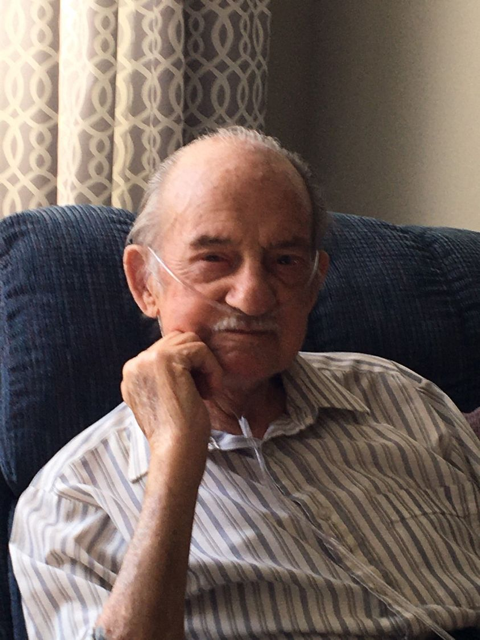 John Hugh Stranach, born December 5, 1931 in Bridgetown, Annapolis County NS, died peacefully in the company of his beloved wife Anne on June 4, 2022 at their home in Saint John NB.

The son of Robert Stranack and Joyce Ovans, brother of Lucy, Ken, Dennis and Malcolm (Mac), John was the final surviving member of his generation. John's family moved to Alberta when he was young and eventually settled in Honeymoon Bay, Vancouver Island, British Columbia.

An adventurous young man, John loved to be on the move. For a time he worked on West Coast boats before enlisting in the Canadian Army to join the United Nations forces in Korea in the early 1950s. Following that experience John was posted to Germany where, while on a trip to England, he met the love of his life, Anne Maloney, a young Irish woman. On December 17, 1954 John and Anne were married in Kensington, London and soon after John was posted to Winnipeg, Manitoba where the young soldier and his bride started their family. Robert (Bob), Dawn and JoAnne (Jodi) followed in short order between 1956 and 1959.

John was the master of the long-distance road trip. One of his great pleasures was to load his young family and the camping gear in the car and then hit the highway. The early '60s included journeys to British Columbia, California, Yellowstone, New Brunswick and other memorable destinations, Anne singing in the car and John playing his harmonica by evening campfires all along the way.

In 1963 John remustered from the army to the Royal Canadian Air Force. He was posted to CFB Baden–Soellingen in Germany in 1966, where John and the family continued their road trip adventures over the next five years until 1971, when John was posted to CFS St. Margarets NB, a radar station outside Miramichi. From that point on, New Brunswick became home. Besides Miramichi, John also lived in Fredericton and finally settled in Saint John.

In the mid to late '70s, as John's brood began leaving the nest for their own adventures and travels, John retired from the RCAF and commenced a new career as a First Aid Training Officer with St. John Ambulance. In those days before the creation of Ambulance NB, John would travel around the province organizing and training local volunteer ambulance services in rural communities. A gifted trainer, John loved the work and made many friends along the way. Learning and service were core values for John. His work with St. John Ambulance gave him the perfect opportunity to exercise both, and to share those with others. He continued with that work until the mid '90s, when he retired and committed the next 25+ years to his ministry work, spending time with family and of course road trips both near and far with Anne by his side. One of the final road trips was to Annapolis County NS in October 2019 to tour the places of his boyhood.

John was a man of Faith. His spiritual journey to Jehovah began as a young man and ultimately led him to a community of fellow believers and witnesses who welcomed, embraced and cherished him. John was the epitome of the good and faithful servant. He practiced his faith with humility and without judgement, modelled his faith in his actions, and was tireless in sharing the Word.

John was a man of Hope. He saw the positive potential in everyone. Never intrusive, John was always available to sit and listen and to quietly share from his deep well of wisdom and experience. He loved the song You Raise Me Up and served as that uplifting presence for so many. John never gave up on anyone. Like the old houses which over the years he renovated with his own hands from the foundations up, or the potato plots he used to cultivate when he had a little bit of soil to work, he trusted in the power of growth, renewal and rebirth, and brought the same caring attentiveness to all his relationships.

John was a man of Love. He brought caring, kindness and generosity to every interaction with everyone with whom he had contact. Through over 67 years of marriage, he was devoted to his beloved Anne, with whom he had his last conversation and exchange of loving looks before gently slipping away. Wherever John and Anne went, they built a nest that was warm and welcoming for their extended family - children, grandchildren, great grandchildren and their families, extended family members, and all the friends who have been embraced as members of the family over the years. That is the John & Anne Effect, and it ripples down through the generations.

John's family knows that he would want to relay a special thank you to those who have provided so much loving care and support over the past months and years:

Jodi and Corry, amazing daughter and son-in-law (and son-in-fact!) - Thank You!

Phil Losier and the brothers and sisters of John and Anne's congregation at the Kingdom Hall of Jehovah’s Witnesses - Thank You!

Dr. Allaby and team - Thank You!

RT Nicole and all of the Extramural team - Thank You!

Arrangements are under the care of Brenan's Funeral Home, 111 Paradise Row, Saint John (634 7424). A province-wide commemorative service by John's congregation will be held Saturday, June 11 at 2:00 PM.

A private celebration of John's life will be held by family and friends at a date to be determined.

Memorial donations may be made to the charity of your choice.