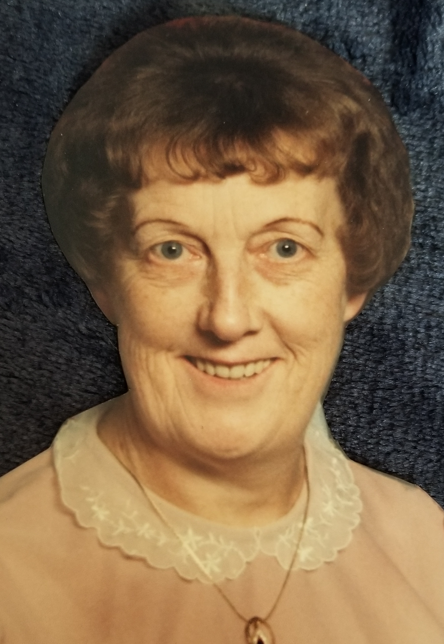 It is with great sadness that the family of Marguerite Bernice Fudge wish to announce her passing on Wednesday, June 15, 2022, at the St. John St. Stephen Nursing home with family by her side. Born on July 19, 1932, in Saint John, she was a daughter of the late Alfred R. and Eva F. (McKenzie) Wright, and widow of the late George Robert Fudge.

Marguerite would have celebrated her 90th Birthday in July 2022. She worked at K-Mart in the Ladies wear Department for 20 years. Marguerite was an awesome supporter of the Saint John Sea Dogs Hockey and a season ticket holder for many years in the first row by the penalty box. Marguerite served the Lord her entire life and believed in the power of prayer.

Castle Funeral Home, 309 Lancaster Ave. Saint John, N.B. (634 1701) have been entrusted with the arrangements. A visitation will be held on Wednesday, June 22, 2022, from 2 to 4 P.M. and 6 to 8 P.M. at Castle Funeral Home. A memorial service will take place at Castle “Fallsview” Chapel on Thursday, June 23, 2022, at 11:00 A.M. Interment will take place in Greenwood Cemetery. A reception will be held at Brenan’s Funeral Home, 111 Paradise Row, Saint John, N.B. following the interment. Donations to the Church of St. John St Stephen Nursing Home would be appreciated by the family. The service will be livestreamed. Online condolences can be made at www.castlefh.ca

The family would like to thank the staff, residents, nurses, and doctors at the Church of St. John St Stephen Nursing Home for their care of Marguerite during her time there.

Share Your Memory of
Marguerite
Upload Your Memory View All Memories
Be the first to upload a memory!
Share A Memory