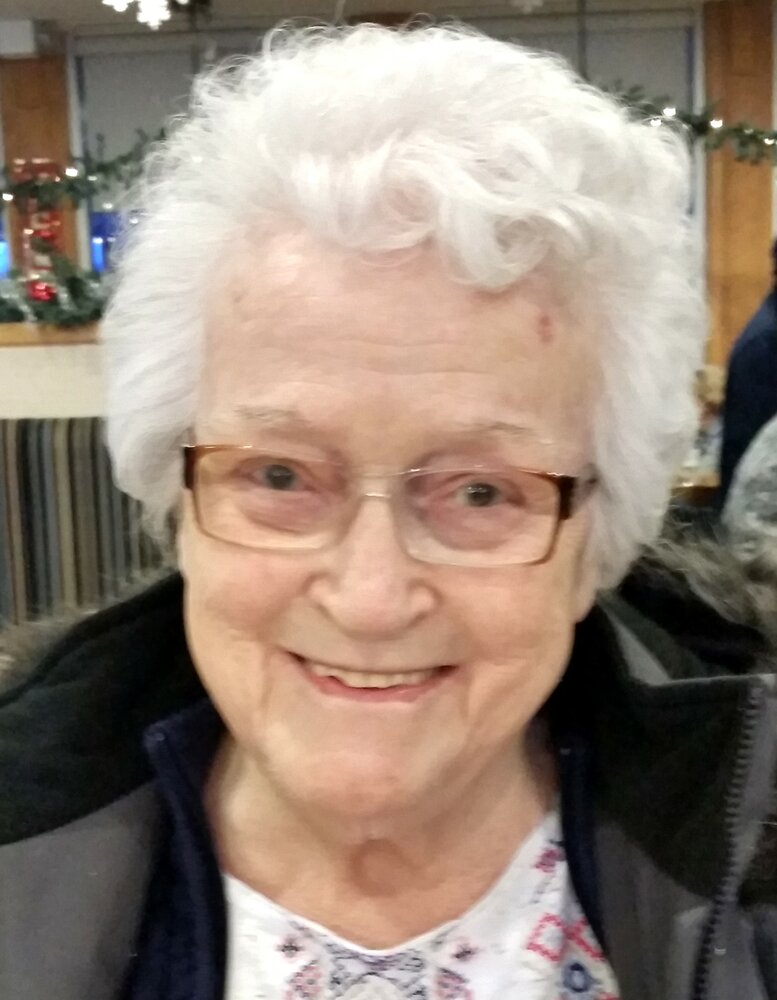 After a brief illness and with thanks for a long life, Mary Constance “Connie” (Kennedy) Smith passed peacefully at Bobby’s Hospice on Saturday, August 13, 2022.

She was the last surviving member of her immediate family.

Connie was a lifelong resident of Saint John. She worked at retail before deciding to stay home and raise a family. She took great pride in having family meals together and keeping a very clean house. Neighbours would comment on how clean her laundry was hanging on the line (which seemed daily). We as a family always thought she enjoyed doing laundry until we were older and realized that raising a family of five and having a husband who worked as a heavy equipment operator/truck driver, it was actually out of necessity, and she probably didn’t enjoy it all that much!

Mum enjoyed her many trips down south with dad (her shopping and him off to the stock-car races). She also enjoyed going to Bingo with Norma and shopping the local malls with family followed by a nice lunch out. She often expressed how proud she was of the family and how we were all doing.

When visiting mum, we would have to go through the list of how everyone was doing and where they were all at. Showing her pictures and videos of the kids would put a big smile on her face and often a tear of pride in her eye. She would often say, ‘I love seeing these, they are so beautiful.’

Mum had a great sense of humour and a quick wit, always at the ready, followed by a quick smile.

Castle Funeral Home, 309 Lancaster Ave. Saint John, (634 1701) have been entrusted with the arrangements. A visitation will be held on Thursday, August 18, 2022, from 9:30am – 11:00am. A funeral Service will take place on Thursday, August 18, 2022, at 11:00am at Castle “Fallsview” Chapel. Interment will take place in Oceanview Memorial Gardens. Donations can be made to the charity of the donor’s choice. Online condolences can be made at www.Castlefh.ca

Share Your Memory of
Mary
Upload Your Memory View All Memories
Be the first to upload a memory!
Share A Memory