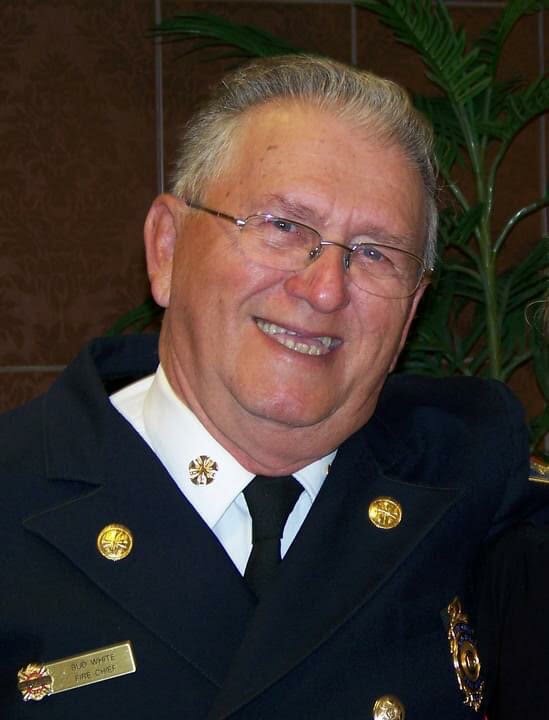 The family of Bud White, sadly announce his peaceful passing, after a brief battle with bladder cancer, at home in Long Reach, surrounded by his family on Friday, September 16, 2022. Bud was a much loved and respected member of the community.

He was the son of Russell and Muriel (Chetley) White, having lived his whole life in Long Reach. Survived by his wife and best friend, Jane (Withers), son Darren White (Christine), and daughter Tiffany White, beloved grandsons; Ben and Jack, his sister Joan LeBlanc (Aubrey), brother-in-law Paul Withers (Roberta), sisters-in-law Sue Gagnon and Patti Withers. He also leaves behind many nephews and nieces, who loved him very much, and special in-laws Lorraine and Jack Moore.

In his early years, he worked at the Saint John Dry Dock. He then owned and operated White’s Country Store for 20 years, where he enjoyed talking to friends and neighbours.

Bud’s father, Russell, was a founding member of the Long Reach Fire Department, which Bud was involved with for over 65 years, becoming Fire Chief for 42 years, helping to build the department into the success it is today. His son and grandson following in his footsteps.

Bud enjoyed fishing, boating on the St. John River and travelling with Jane during their 56 years together. He loved Nascar, and he and his son attended races in N.H. together, many times. He also enjoyed the monthly breakfasts in Hampton with the retired fire chiefs who were all very close friends.

Bud wanted to thank Kevin, Randy, Rod, and Austin for being the best friends a guy could ask for.

The family would also like to thank Dr. Ginette Griffin, the Extra Mural team, especially Colleen, for all their support, so he could stay at home.

Predeceased by his parents, and brothers-in-law, Larry Withers and Tim Withers.

Arrangements are under the care of Kennebecasis Community Funeral Home, 152 Pettingill Road, Quispamsis (849-2119). A celebration of Bud's life will be held on Sunday, October 2, 2022, from 1:00-4:00 PM at the Long Reach Fire Department, 3564 Route 845, Long Reach, NB. Donations made in memory of Bud may be given to the charity of the donor’s choice.

Share Your Memory of
Bud
Upload Your Memory View All Memories
Be the first to upload a memory!
Share A Memory