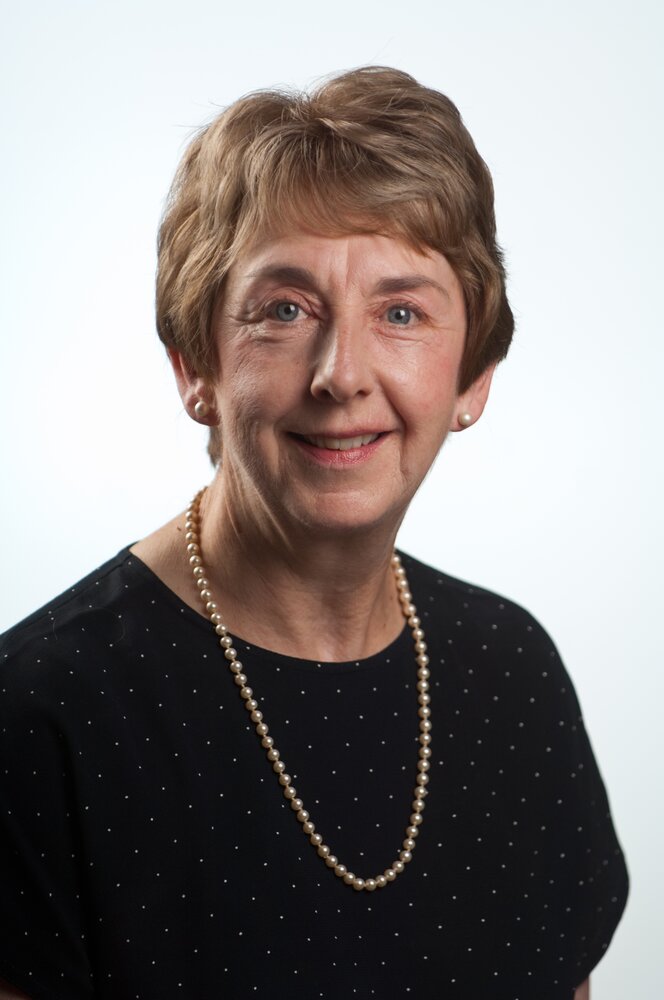 Family and friends are saddened to announce the passing of Carey Anne Ryan on September 14, 2022, at Bobby’s Hospice. She was born on October 18, 1948, in Saint John, the eldest child of the late Honourable Justice Henry Ryan and Catherine (Boyle) Ryan. She was predeceased by her husband Fran McHugh (2022).

She will be missed tremendously by her special nieces: Celia, Claire (Phil) and Kathleen (Rob) Ryan and nephew, Aaron (Ashley) Hughes-Ryan. Her great nieces and nephews: Bridget, Alistair and Maura Ouellette, Michael and Maeve Arsenault, Isaiah Ryan, and Heath Hughes-Ryan were the apples of her eye.

Harry and Kay instilled a love of learning in Carey that set the course for an accomplished career and lifelong community involvement. She graduated from St. Vincent’s High School in 1966 and received a BA from the University of New Brunswick in 1970, a B.Ed. from St. Thomas University in 1972, and her M. Ed. from UNB in 1979.

Carey spent 34 years as an enthusiastic and engaged educator. She began her career as a classroom teacher at Holy Trinity School before returning to St. Vincent’s, where she was a teacher, guidance counsellor, vice-principal, and, for the last ten years of her career, principal. She went on to spend her retirement at the helm of the St. Vincent’s Alumnae Association. Carey was a force to be reckoned with in her steadfast support for her alma mater and of the importance of education as a whole, especially for women.

Carey was a prominent figure in our community who volunteered with many groups and associations. In particular, she was a champion for UNB and a great supporter of all Alumni and University events as a member of the UNB Associated Alumni Council, Board of Governors, the Forging our Futures and Hans Klohn Commons Campaign Cabinets, and the Senate at UNBSJ.

Over the years, she also supported the Irish Canadian Cultural Association, St. Vincent’s Apartments Inc., Opera New Brunswick, Junior Achievement of Saint John Inc., Saint John School of Nursing, the Canadian Mental Health Association, and the Diocese of Saint John, among others. With Fran, she was a co-founder of the Belfast Children’s Vacation, a project that was very close to their hearts and that touched many families on both sides of the Atlantic.

She was honoured to accept many awards in recognition of her volunteer work. Among the most notable were being a recipient of the UNB Alumni Award of Honour, Queen Elizabeth II Diamond Jubilee Medal, YMCA Canada Peace Medal, ICCA Parade Marshall, and Beta Sigma Phi Lady of the Year.

In retirement, and following in her mother’s footsteps, Carey dove into her love of genealogy. She invested many hours at the Diocesan Archives and the Boston Public Library and enjoyed contacting and visiting relatives. She and Fran were fortunate to pursue their love of travel often, and they cherished the new friends and experiences their trips afforded them.

Carey was a devout Catholic and lady of great faith. Prior to the pandemic, she was a daily communicant at Mass, as a parishioner of St. Peter’s Chuch, St. Rose Parish, and the Cathedral. She passed away on a Feast day; given her familiarity with noteworthy dates on the Catholic calendar, her close family and friends suspect this was not a coincidence and are comforted by her timing.

Arrangements are under the care and direction of Brenan’s Funeral Home, 111 Paradise Row, Saint John (634-7424). A Mass of Christian Burial will be held at the Cathedral of the Immaculate Conception, 91 Waterloo Street, Saint John, on Thursday, September 22 at 12:10 p.m. Donations in Carey’s memory can be made to the University of New Brunswick, Carey A. Ryan Memorial Bursary or the Francis J. “Fran” McHugh Memorial Scholarship, or to Bobby’s Hospice. For those who wish, condolences may be made by visiting www.brenansfh.com.

Share Your Memory of
Carey
Upload Your Memory View All Memories
Be the first to upload a memory!
Share A Memory