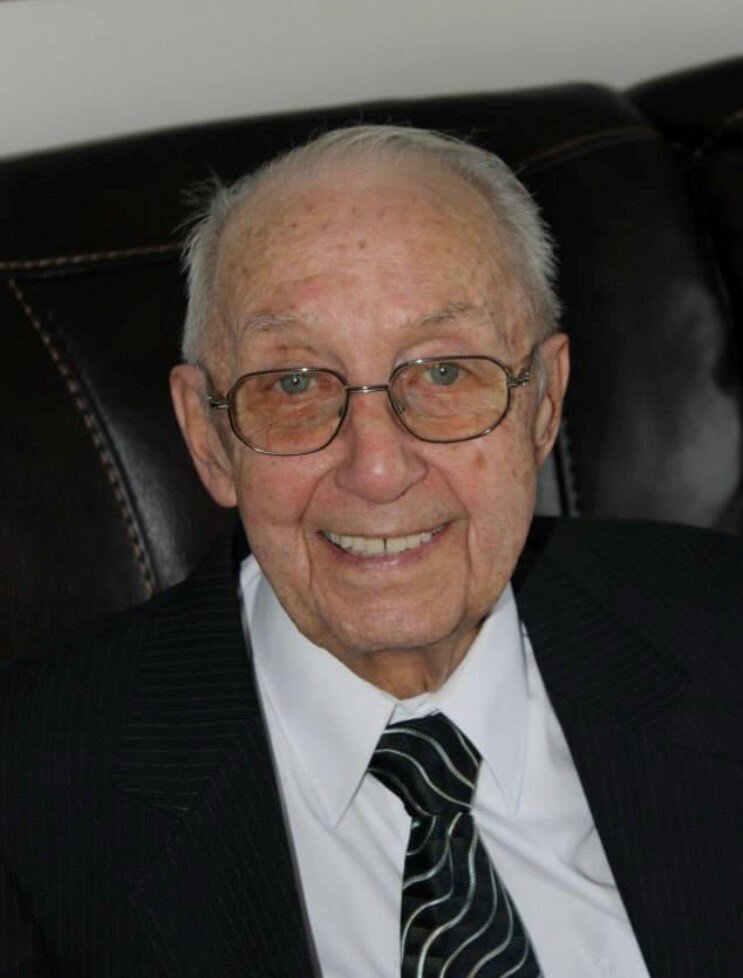 It is with appreciation of a life well lived and gratitude for many years of memories that the family of Donald Edward McHutchion announce his passing which occurred at Ridgewood Veterans Wing, under the loving care of the nurses on Wednesday,  September 28th, 2022.

Donald, better known as Pete, was born on May 27th, 1925, in Paris, Ontario. As many young men at that time did, he joined the Navy and was a gunner on the Corvette Ship Kitchener K225.  Once he arrived home he met and fell in love with the love of his life, Joan.  During their over 66 years of wedded bliss they raised 6 daughters.  Linda (John), Donna (Keith), Debbie (Roland), Marian (Frank), Lisa (Doug) and Michelle (Mike).  Little did he know at that time that those 6 girls would add 15 grandchildren, 26 great grandchildren, and 7 great great grandchildren.

Pete was predeceased by his wife Joan, daughters Linda and Lisa, parents Samuel and Ethel, brother Robert, and sisters Doreen, Helen, Vera, and Janice.  He is survived by his sister Betty, and brothers Ivan and Brian.

Pete loved to golf, fish, knit, paint, and do woodworking.  Throughout his life he served as an Elder in the Congregation of Jehovah’s Witnesses in Paris, ON, St. George, NB and Westfield, NB.  He spent his retirement alongside Joan telling others about his hope for the future.  He fought the hard fight and now he gets to rest in Jehovah’s memory.

The family would like to thank the wonderful staff, nurses and doctors who lovingly cared for our precious Pete at Ridgewood Veterans Wing.  Pete lovingly called the nurses his angels, they cared for him like he was their father.

Pete will be especially missed by his two grandchildren, Ashley Costello (Clint) and Sam Hilton (Tia) who went above and beyond caring for their precious Papa. They took such loving care of his physical, emotional, and spiritual needs. They were the apples of his eye.

Arrangements entrusted to Brenan’s Funeral Home (634-7424). A Memorial Service will be held in person at The Kingdom Hall of Jehovah's Witnesses, 461 Kingdom Road, Grand Bay-Westfield, New Brunswick on Sunday, October 2nd, 2022, at 2pm. If you would like to join via Zoom, please email a request for the link to bmbs66@yahoo.com.

Share Your Memory of
Donald
Upload Your Memory View All Memories
Be the first to upload a memory!
Share A Memory