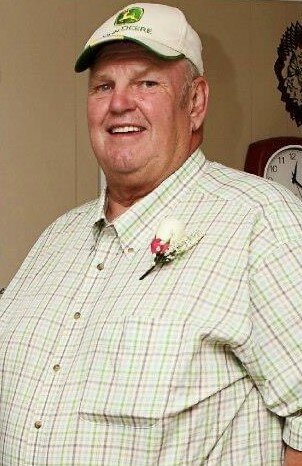 On Monday, October 24th, 2022, Clinton Eric Cook passed away peacefully at the Saint John Regional Hospital with family by his side. He was born May 2nd, 1949, in Calais, Maine, U.S.A. to Eric Cook and Edna (Stevenson) Tabor and grew up on Campobello Island, N.B., Canada.

Clinton grew up with salt water in his veins and spent many years fishing and working on the water. He moved to Lake Utopia, N.B., where he met and married Peggy Cooke and had two sons, Graham, and Dwayne. He spent many years working at the Irving Pulp and Paper Mill where he made many long-lasting friendships. He enjoyed playing music, hunting, and a good time. Clinton was a gifted gardener and storyteller. As such, he was known for his many “Clinton-isms”, or silly turns of phrase.

Clinton is predeceased by his father, Eric Cook. He is survived by his mother, Edna (Stevenson) Tabor, his sons Graham Cook (Rhonda) and Dwayne Cook (Nicole), as well as his four grandchildren Nicholas, Cassidy, Carter, and Emma.

Clinton is survived by his brothers Myron Cooke (Hilda), Gary Cook (Mary), and sisters Brenda (Cook) Arnett (Russell), and Ericka Francis, as well as many nieces, nephews, cousins, and relations too.

The family would like to extend a special “thank-you” to Betty Anthony, Willy Coombs, Wade Taylor, and Greg Cross for their unwavering care, support, and friendship to Clinton over the years.

On Sunday, October 30th, 2022, the family will be hosting a Memorial for Clinton at the Masonic Hall in St. George, N.B., from 2pm to 5pm. As per Clinton’s wishes, there will not be a funeral, but anyone wishing to offer condolences or share memories with the family is welcome to come and do so at this time.

Arrangement entrusted to Brenan’s Funeral Home (634-7424). Online condolences may be shared at www.BrenansFH.com.

Share Your Memory of
Clinton
Upload Your Memory View All Memories
Be the first to upload a memory!
Share A Memory