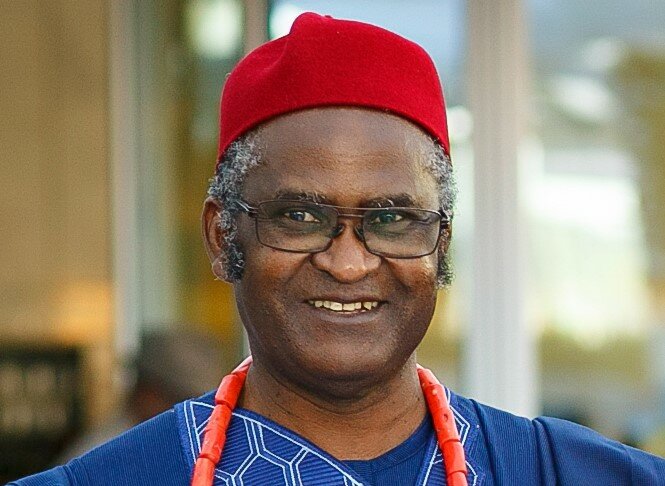 Born in Obubra, Cross River State, Nigeria on August 5, 1949 to Samson Dinyelum Onuora and Christiana Chinyelu Onuora (née Ilozor) of Nawfia, Anambra State; Abraham was the fourth of eight siblings.  After spending his younger years in Obubra, he attended secondary school at the famous Hope Waddell Training Institution in Calabar, Cross River State.  He completed his undergraduate degree at the University of Ibadan, graduating with a degree in medicine.  He continued pursuing his medical education and completed his residency in the United Kingdom.  He returned to Nigeria to practise as a psychiatrist at University of Nigeria Teaching Hospital Enugu.  Eventually, he immigrated to Saint John, New Brunswick, Canada with his family in 1991, where he established his second home.

Abraham's life was characterised by his love for God, generosity, kindness and empathy.  Even as a young man, he was always active in his church.  At the university, he was very involved in the Christian Fellowship where he met his future wife.  He believed in helping others, especially when it involved his family, his church and community.

His medical career spanned three continents, starting in Nigeria, with a stopover in the United Kingdom, and a final destination in Canada.  He was a psychiatrist at the Saint John Regional Hospital for about two decades.  In addition, he had a private practice where he was known by his patients as attentive, patient, and compassionate.  He was well respected by his colleagues and was involved in multiple medical organizations including the New Brunswick Psychiatric Association and Canadian Medical Association.

As a longstanding Nigerian immigrant to the Saint John area, he was instrumental in helping fellow Nigerians integrate into the community.  His home was always open to the many international students who came throughout the years, especially during holidays such as Christmas when they might be home-sick.  His home became their home and he was thought of as a father figure.  He loved to garden, discuss politics and spend as much time with family, whether receiving guests or attending family functions.  He had a unique sense of humour, coupled with a boisterous laugh that would fill the room.

Arrangements are under the care of Brenan's Funeral Home, 111 Paradise Row, Saint John, NB (634-7424). Friends and family will be received for visitation at St. James the Less Church (1760 Rothesay Rd, Rothesay, NB) on Friday, November 4 from 4-8pm.  The funeral service will be on Saturday, November 5 at 11am at the church.  A reception will follow, then proceeding to interment at Fernhill Cemetery.

Share Your Memory of
Abraham
Upload Your Memory View All Memories
Be the first to upload a memory!
Share A Memory