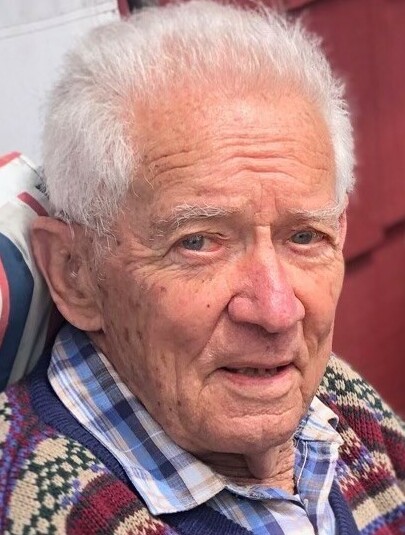 It is with great sadness that the family of William Kelly Roach announces his unexpected passing on Tuesday November 22, 2022 at the Saint John Regional Hospital. William Kelly Roach, beloved husband of Carol Edith (Downey) Roach, was born in Rahway, New Jersey USA in 1933 and was the youngest son of the late Adrian and Ethel (McCulloch) Roach of Brooklyn, NY.

Bill, as he was known to most, spent the majority of his childhood in Oahu, Hawaii, surfing, hiking, and running track. The family then moved back to the mainland (New Jersey) in 1950 in time for his final year of high school. He spent 2 years in the United States Army as a medic from 1953-1955, and married Patricia Powers in November 1955. Patricia passed away in 1957, at the time of the birth of their daughter, Kathy. Bill married Carol Downey in July 1960, more children followed and at the time of his death, had been married for 62 happy years. Bill was always very active, taking his children camping, hiking, and canoeing. When grandchildren and great-grandchildren came along, he was very involved in their lives; attending track meets, taking them hiking, and on many Saturday morning trips to Tim Hortons where he regaled them with his many stories. Known as Papa to his grandchildren and great-grandchildren, Uncle Bill or Uncle Willie to his nieces and nephews, Bill instilled a love of the outdoors, reading, history, and pie in many of his family and will be greatly missed.

Perhaps Bill’s greatest accomplishment was raising his children to love the Lord, and praying for all his family to accept Jesus Christ as their Lord and Savior. For many years he played an active role in teaching scripture and preaching the gospel at the brethren assembly in Lorneville, where his presence will be sorely missed.

Bill was predeceased by his parents: Adrian and Ethel, his brother: Thomas Roach, and his granddaughter, Rachel McAfee.

Bill would tell us not to grieve, as he is “with Christ, which is far better” and those who believe as he did have that blessed hope of one day seeing him again.

“For the Lord himself shall descend from heaven with a shout, with the voice of the archangel, and with the trump of God: and the dead in Christ shall rise first, then we which are alive…shall be caught up together in the clouds, to meet the Lord in the air: and so shall we ever be with the Lord…. comfort one another with these words” 1 Thessalonians 4:16-18

“I will turn their sorrow into joy, and will comfort them, and make them rejoice for their sorrow.” Jeremiah 31:13

The arrangements are under the care and direction of Castle Funeral Home, 309 Lancaster Ave. Saint John, N.B. (634 1701). A visitation will be held on Thursday, December 1, 2022 from 2 to 5 pm. A funeral service will be held at Castle “Fallsview” Chapel on Friday, December 2, 2022 at 11:00 am. Interment will be held in Lorneville Cemetery. For those unable to attend the service, the family has provided the opprountiy to participate via live streaming. Online condolences can be made at www. Castlefh.ca