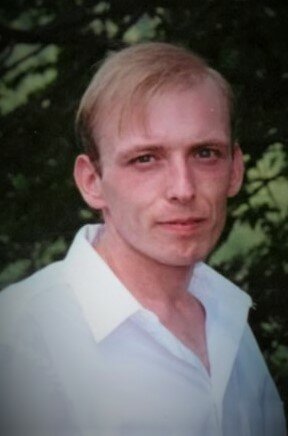 It is with great sadness that the family of Patrick “Christopher” Vickers announce his passing on December 2nd, 2022, at the Saint John Regional Hospital after a long health battle.

Born on July 10th, 1972, in Newcastle, New Brunswick, he was the son of the late Dale and Jacqueline Vickers (nee McInnis).

Chris grew up in Blackville and lived for the last 5 years In Saint John.

Besides his parents, he was predeceased by his brother Terence in 2018.

Chris was interested in all things tech-related, was a zealous Montreal Canadiens Fan, avidly followed the news, enjoyed comics, and had a love of animals.

Cremation has taken place. Interment will follow in Blackville at a later date. Arrangements entrusted to Brenan’s Funeral Home (634-7424).

Donations in Chris’ memory may be made to the S.P.C.A., Kidney Foundation of Canada or Diabetes Canada. Online condolences and memories may be shared at www.BrenansFH.com.

Share Your Memory of
Christopher
Upload Your Memory View All Memories
Be the first to upload a memory!
Share A Memory