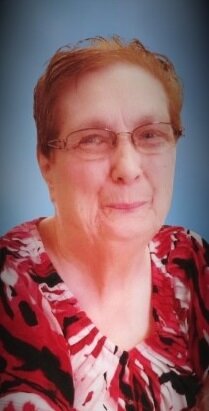 Edna was a devoted employee of K-Mart and Zellers for more than 18 years. Anyone who had the privilege of meeting Edna loved her. She was truly one of a kind. Always helping others and on the go, Edna was nan nan to every child she met.

She is survived by her sisters Ruth Alward, Brenda Wood, and Martha Carson, as well as by several nieces and nephews.

Edna was a dear friend to Fuad Seisan.

Besides her parents, Edna was predeceased by her first husband, Gordon Garland, second husband Robert Damon, her brothers Dean and Chester Steeves, her sister Donna Carson, and her foster son Christopher Salter.

Visitation will be held at Brenan's Funeral Home (634-7424), 111 Paradise Row, Saint John, on Thursday, December 22nd, 2022, from 5 to 8pm; where the Funeral Service will be held on Friday morning at 10:30am. Interment to follow in Ocean View Memorial Gardens.

Donations in Edna's memory may be made to the Canadian Diabetes Association, or the Heart and Stroke Foundation.

Share Your Memory of
Edna
Upload Your Memory View All Memories
Be the first to upload a memory!
Share A Memory