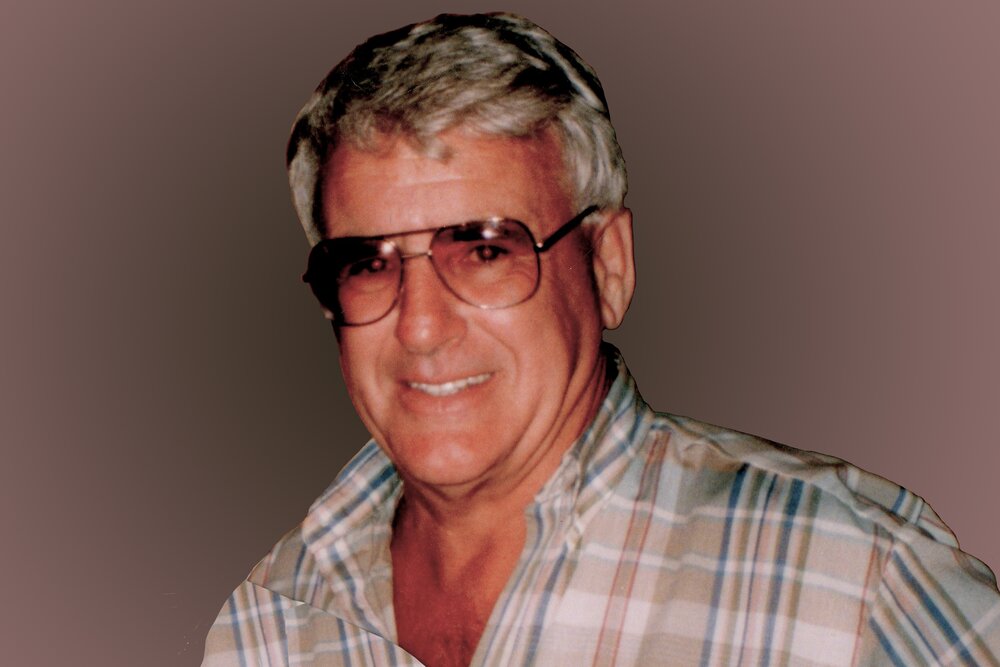 It is with broken hearts the family of William “Bill” Edward Vaughan, loving husband of Marlene Vaughan, announce his peaceful passing on December 23, 2022, at St. Joseph’s Hospital. Born on October 24, 1935, he was a son of the late Ursula (Hodd) and William Vaughan.

Bill started his career with Canadian Pittsburgh Industries fresh out of Saint John Vocational School accepting a position of bookkeeper then went on to work for Arrow Glass and Windows as a Contract Manager ultimately becoming a partner in the business. Bill had a drive to work hard, reluctantly retiring in 1995 due to health issues. Ever the businessman, Bill had a keen eye and nose for business and was always on the lookout for a next good deal and he usually prevailed!

Bill's priority was always his family whom he loved and supported to the very end. Bill was born and raised in Saint John and as a teenager met the love of his life at St. Peter’s Hi Y club in the city’s north, married on August 15th, 1959, resulting in 63 years of marriage.  Bill and Marlene enjoyed many trips to Florida and also travelled with best friends Renee and Don Smythe to Hawaii for an incredible once in a lifetime adventure.

Bill was heavily involved in sports as an athlete, coach, organizer, and fundraiser including basketball where he was key figure with New Brunswick Basketball Association for many years including registrar for the provincial association and the national basketball association honoured Bill’s work with an award of distinction. Bill played and coached the Saint John Mooseheads basketball team and also coached the Saint John Alpines Ladies basketball team, that included wife Marlene, for many years winning numerous New Brunswick, Maritime, and Eastern Canadian championships, coached at the national championships, and was inducted as a coach of the Alpines into the Saint John Sports Hall of Fame.  Bill was named the Saint John Sportsman of the Year in 1972 for his dedication and support of sport in the city.

Bill thoroughly enjoyed supporting young athletes in all sports such as hockey, speed skating, football, gymnastics, softball, and basketball that included President of Simonds Minor Hockey Association.  Bill was also a prolific boxer with the Golden Gloves Boxing Club and, at one time, claimed the Maritime boxing championship.  Bill shared many stories about his early athletic career, his rugby days at Saint John Vocational School and playing hockey.  Bill loved shooting pool whether he was shooting competitively or just hanging out playing with the family and grand kids, and somehow was always on the winning team in our annual family pool games.  Bill always made time to be the supporter, sideline coach, cheerleader, and proud father/grandfather when watching everyone compete in their chosen sports.

Sharing fish stories from his fishing trips to the Miramichi with Herb Penny and Don Smythe were near and dear yet we never knew for sure how many fish were ever caught. Bill looked forward to and absolutely enjoyed his Monday night bridge games with Barb McDevitt and Jerry Jones even though the women continuously dominated week after week, nonetheless, hope was never lost a win was coming.

When Bill was a youngster he spent many summers in Chapel Grove, Kingston Peninsula with his family. Settling in east Saint John Bill built an addition to the family home that included an indoor inground pool enjoyed by family, kids, friends, neighbors with lots of great times and memories with some stories that could be shared and others remembered with a smile.

He loved the country and eventually built his pride and joy, his cottage, overlooking the incredible Belleisle Bay where our family spent many summers. Bill opened his doors and welcomed everyone hosting countless family gatherings, parties, bonfires and bbq’s where no one touched the BBQ but Bill - and wonderful, everlasting memories were made. Grampy, affectionately known as "Grumpy" by his grandchildren, cherished those summers as did his family. His summer place was his place where he loved laying in the sun, being on the beach, throwing rocks in the water for hours at a time, riding on the mower with grandkids in tow, telling stories, playing baseball in the field, and playing card and board games around the kitchen table.

Bill will be so very missed by his family and many friends and his words of wisdom, aka, “Grampyisms” will live on forever.

We would like to express our heartfelt thanks to Bill’s special "Angel" niece, Kim Aker, for all her support along with the staff on the 5th floor Gem. unit at St. Joseph's Hospital and Dr. Keith Wilson and wonderful in-home support workers from Integrity Home Care especially Kaylee and Jennifer over his period of failing health.  Top notch health care was always provided to Bill for many years from Dr’s Lisa Sutherland, Joanne Fellows, and Charlene Paddock.

For those who wish, donations in Bill’s memory can be made to the Heart and Stroke Foundation of New Brunswick, Pro Kids of Greater Saint John, or a charity of the donor’s choice.

Goodbye, we love you.