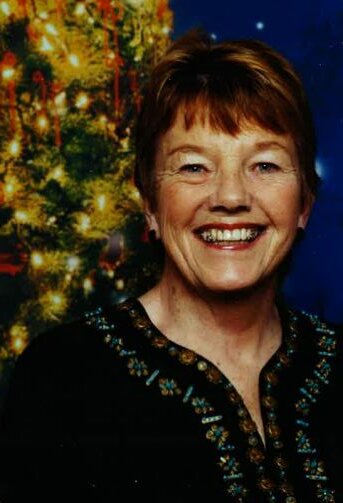 With heavy hearts, the family of Dianne O’Dell announces her passing, which occurred on Christmas Eve at her residence in Shannex- Tucker Hall’s Lily Court. Born November 27, 1941, in Moncton, NB, she was a daughter of the late Ross and Olive (Campbell) Beatty, and wife of the late Jack O’Dell.

Dianne could always be found with a smile on her face and a song in her voice, as she was always happy. She played piano, loved dancing, and was a member of the Brunswick Belles. She operated Ham Radio VE9DI, was a great baker, loved her cat, Molly, and could never own too many pairs of shoes. Her cottage on PEI held a special place in her heart, and she would quickly eat her dinner if it meant ice cream was on the menu for dessert!

Besides her parents, and her beloved husband, Jack, Dianne was predeceased by her twin brother, David; and her sister, Delores Gosselin.

The family would like to thank the staff of Lily Court for their care, respect, and friendship shown to Dianne these past four years. Your kindness will not be forgotten.

Arrangements are under the care of Brenan’s Funeral Home, 111 Paradise Row, Saint John (634-7424). In keeping with Dianne’s wishes, there will be no funeral service. For those who wish, remembrances to a charity of the donor’s choice would be appreciated by the family. Please place online condolences and remembrances at www.BrenansFH.com.

Share Your Memory of
Dianne
Upload Your Memory View All Memories
Be the first to upload a memory!
Share A Memory