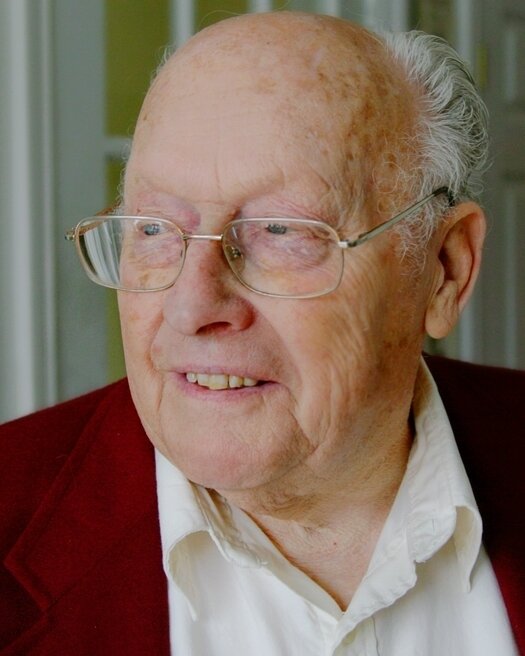 The family of Joost von Weiler is saddened to announce that Joost passed away peacefully on December 14, 2022 at Fundy Nursing Home, Blacks Harbour, New Brunswick.

Joost was born on June 8, 1926, in the city of Leiden, The Netherlands.  After military service, Joost travelled to Toronto, Canada, where he met and subsequently married Lydie Hilbertine van der Kolk on December 4, 1953.  Lydie passed away previously, on May 12, 2019.

Joost loved to care for his wife and our mother, and three sons, Alan, Brian and Glenn.  Joost and Lydie later adopted Patrick, who became the fourth son.  Joost also loved to travel, write and paint.  Janet, married to Alan, and who recently passed away on October 31, 2022, was a favourite daughter-in-law and an all-important figure in both Joost and Lydie’s lives.

Joost was always an advocate for the physically challenged, and, at the time of construction of the Saint John Regional Hospital, encouraged and challenged all city councilors of the day, to access the new hospital in wheelchairs, in an attempt to encourage good accessibility by the handicapped.  Joost was a longtime member of the Kiwanis Club in Saint John and at one time became president of the club.  The Kiwanis TV auction was always a favourite time for him, where Kiwanis members raised considerable money for charities such as COIL House, a home for the disabled.

Joost is survived by two sons, Alan and Glenn, as well as many extended family members in Ontario and The Netherlands.  Countless great friends complete the list of people who will miss Joost forever.

The family would like to thank Fundy Nursing Home for their kindness and good care.

Donations in Joost’s name can be made to the Kiwanis Club of Saint John or to a charity of one’s choice.

Share Your Memory of
Jhr. Joost
Upload Your Memory View All Memories
Be the first to upload a memory!
Share A Memory